With pure determination comes great power; this has repeatedly been proven by none other than the Prime Minister of India Narendra Damodardas Modi.

He has always been a true inspiration to his people as he taught them to chase their dreams no matter what. However, this powerful personality had his fair share of struggles and ups and downs. So, let’s have some insight into his life and see what makes him the man he is today.

Narendra Modi was born in a Gujrati Hindu family on September 17, 1950, in Vadnagar, Mehsana district, Bombay State. His father had a tea stall in Vadnagar Railway Station, and Modi helped his father sell tea. He has five siblings, him being the third born child to Damodardas Mulchand Modi and Hiraben Modi.

When he was 8 years old, he began attending the training sessions of Rashtriya Swayamsevak Sangh, a Hindu nationalist volunteer organization. He was always influenced by Vivekananda and his teaching, which he implements in his daily life. Later in 1978, Modi completed his Bachelor of Arts degree in political science from the School of Open Learning in Delhi.

Narendra Modi is a pure nationalist and has actively participated in political issues of the country since his late 20’s.  However, success didn’t come easy to him as he got his big breakthrough when he was 51 years old. In October 2001, he became the Chief Minister of Gujarat, and no one could replace him till 2014. Since 2014 he is the Prime Minister of India and still going strong.

However, despite being the current prime minister that makes him one of the Top 5 most powerful persons in the World, he still faces a lot of criticism from his opposition party’s leaders, claiming that he destroyed India’s democracy. During his tenure as a Prime Minister, his party proposed several bills, out of which few were very controversial. The most controversial one was the Citizenship Amendment Act proposed in 2019 and came into force on 11 December 2019.  In effect, the public retaliated in a bad way, due to which there was a nationwide breakout of riots.

Furthermore, later in the year, the country had to go into a full-fledged lockdown mode due to the Covid-19 situation, which became the major reason to end the riots. Hence, once again the Modi government handled the situation smartly.

Even with the waves of failure, this Man stood still throughout his journey. There is a lot to learn from his personality, which has natural leadership qualities. To make it easy for you, we have short-listed some of his inspirational quotes. So, ready for some motivation? If yes, then keep on reading:-

What is the salary of Narendra Modi?

Narendra Modi’s initial salary was around INR 2,30,000. However, due to the current situation regarding the pandemic, which led to the decline of the county’s economic status, the Prime Minister decided to cut 30% pay from his and his fellow members’ salary. Therefore, his current salary is around INR 1,60,000.

How educated is Narendra Modi?

Narendra Modi has done his graduation from the School of Open learning with a Bachelor of Arts in political science.

Additionally, as mentioned above, he has also taken some training sessions from Rashtriya Swayamsevak Sangh, a social organization that works towards India’s global peace and recovery.

Did Narendra Modi abandon his wife?

Narendra Modi was married at an early age when he didn’t know what he wanted to do in the future. As his family’s traditions, the marriage was fixed when both his wife Jashodaben and him were kids.

Due to his family’s pressure, he married his wife but later realized his purpose and ambitions in life. Therefore, he left his family along with his wife behind to pursue his dreams. Jashodaben also went on her separate journey and later became a teacher. Neither of them divorced or got remarried.

This is all we have got on the Prime Minister of India, a pure nationalist. From selling tea to being the CM of Gujarat and now India’s Prime Minister, his journey has been quite insightful and an eye-opener to most people. We hope that this article was worth your while and you learned some new things about Narendra Modi. 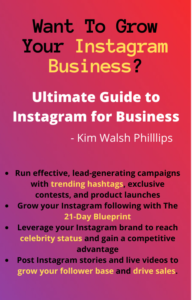